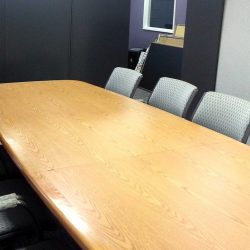 After the preliminaries the Treasurer introduced the Financial Report for the financial year 1 September 2016 to 31 August 2017. To the nearest pound, the starting balance was £12,863, net profit from events was £3,709,  income from subscriptions/sponsors/donations received was £3301, misc. income items and general expenses was -£189, and £5,000 was donated to St. Mary’s PCC towards plaster repairs. The end of year balance was £14,684.

The Election of Officers was agreed as follows:

Secretary: No nominations. It was known that somebody has shown an interest in being a Committee Member; the meeting therefore agreed that the Chairman is to follow this up with a view to offering the person the Secretary position.

Publicity Officer: The meeting nominated Sally Abbott in her absence. The Chairman is to seek clarification.

Committee members: Vicki Scott. Also the meeting nominated the person showing an interest in joining the Committee, should they decline the Secretary position.

The Chairman presented the Warden’s Review paper for the financial year, which included a review of the events held, the building works carried out and those envisaged for the future, and ideas for new events.

The Treasurer explained that the Friends Constitution document had been amended in accordance with Charity Commission requirements.

Geoff Gonella gave a summary of his Webmaster’s Report (which is on the website in full).

The programme of events for the 2017/18 year (including 2 new ones featuring Quire) were agreed by the Meeting.

The Meeting discussed storage problems with the stock of books for sale, and agreed that the whole stock is to be donated to the Salvation Army.