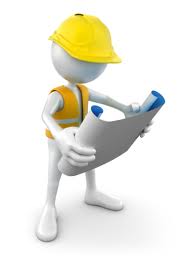 Collaborations
The Friends seek to find ways to put the Village’s prestigious Grade 1 listed church to good use, 7 days a week for the benefit of the wider community.

We have been so pleased to work with other village groups including: Village Lunch, St. Mary’s Flower Arrangers, Peldon Village Hall, and PAWS. The PCC can of course put on events of their own but such willing collaboration with the Friends will continue to be important.

We have also been given help on a regular basis by the Colchester-based Community Project Scheme. Workers have been provided once a fortnight to attend to the graveyard and the hedges.

Fundraising and achievement of church fabric projects
It takes years to bring some projects to fruition. 2015-16 has been the year of celebration – of the first major building project since the (ill-fated) attempt to rebuild the Chancel after fell down for the umpteenth time after the 1884 earthquake (it was finally demoklished in the 1950s). Let us hope the North Porch will out-last us all!

Meanwhile we raised the funds for improved electrics, fixtures and fittings in the church, and now many of these have been completed. The issues tackled this year arose from concerns in the Electrical Report and in the Quinquennial Report for 2015.

In the Electrical Report, several fittings were tested and found not to be safe, Subsequent examination showed that the remedy was not expensive – replacing old with new and so on. But at a PCC meeting it was highlighted that the church had only one socket at the altar end (the faulty one!), therefore money has been raised for a temporary ring main which will serve us until the Nave floor is replaced. At that stage the temporary ring main will be installed into channels around the edges of the Nave.  The temporary ring main will also serve various societies that have arranged to use St. Mary’s while the village hall is being demolished and rebuilt.

The Architect’s Report mentioned the electrics, and also the need to replace some roof tiles, attend to deteriorating mortar joints in the walls and noted some concerns about internal fabric.

As fate would have it, a large section of wall mortar fell off the wall in the summer. With help from the Friends, we have been able to pay Steve Ashley for his skills in replacing the wall plaster in various areas between the altar and the Vestry.

However, we have an increasing list of repairs and renovations that were not forecast when we originally formed the Friends. Details of these and other future works are listed in this website under ‘About Us’.

Thank you for your continuing support.